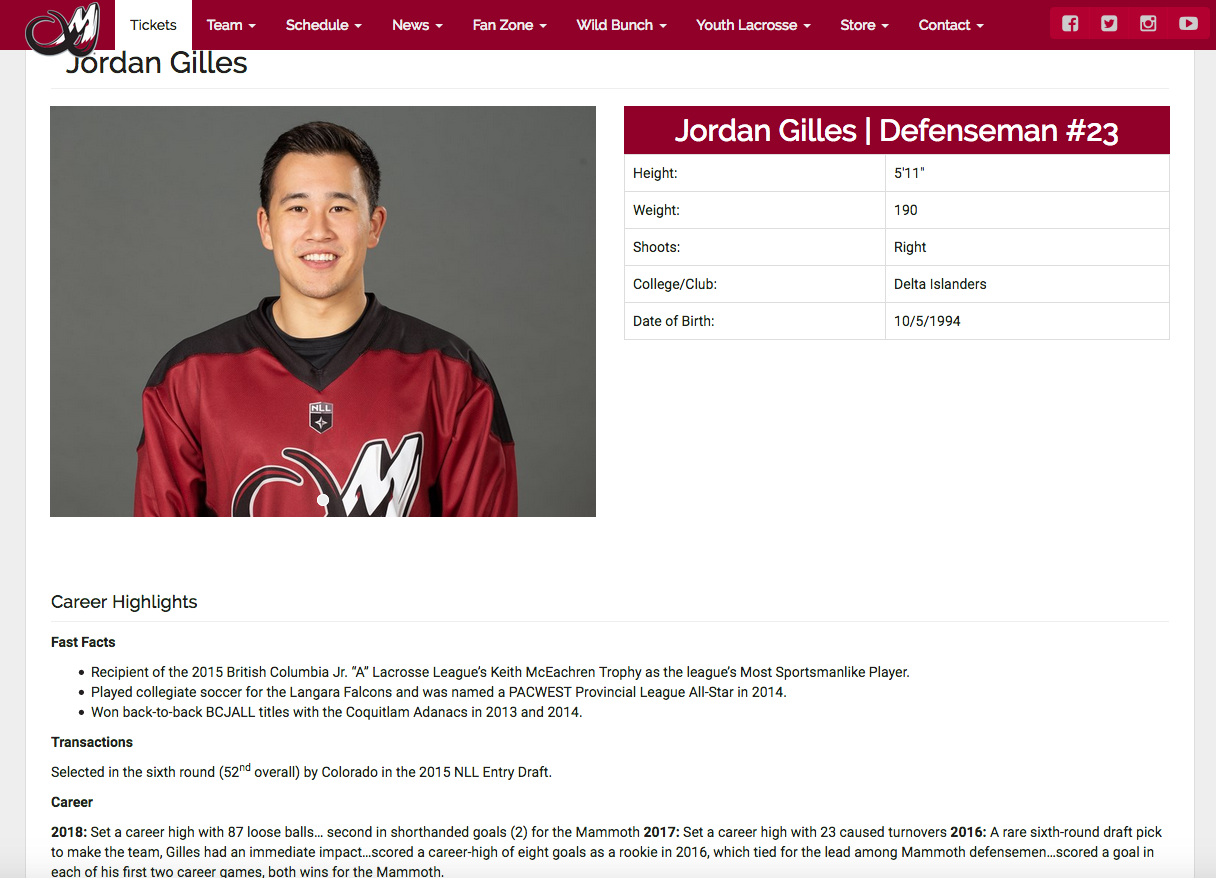 Jordan played with Richmond Lacrosse from the early 2000's and graduated as a midget player in 2010 before player Junior lacrosse with Delta and Coquitlam.  Drafted by Colorado in 2015, Jordan left his soccer team at Langara and began his professional lacrosse career.

Manage your identity from the palm of your hand to the top of your desk.